The magnificent Mjøstårnet does not escape anyone who passes Brumunddal, just south of Lillehammer in Norway. 85 meters up into the air stretches one of the world's tallest wooden buildings, which was completed in 2019.

On Mjøstårnet's 18 floors, there are hotels, offices, apartments and a restaurant. The requirements from the client were clear: the technology was not allowed to take up too much space and several compact ventilation units with integrated cooling were desired. Project manager Jostein Bye Sørum at GK Norway was responsible for the installation of the ventilation units. 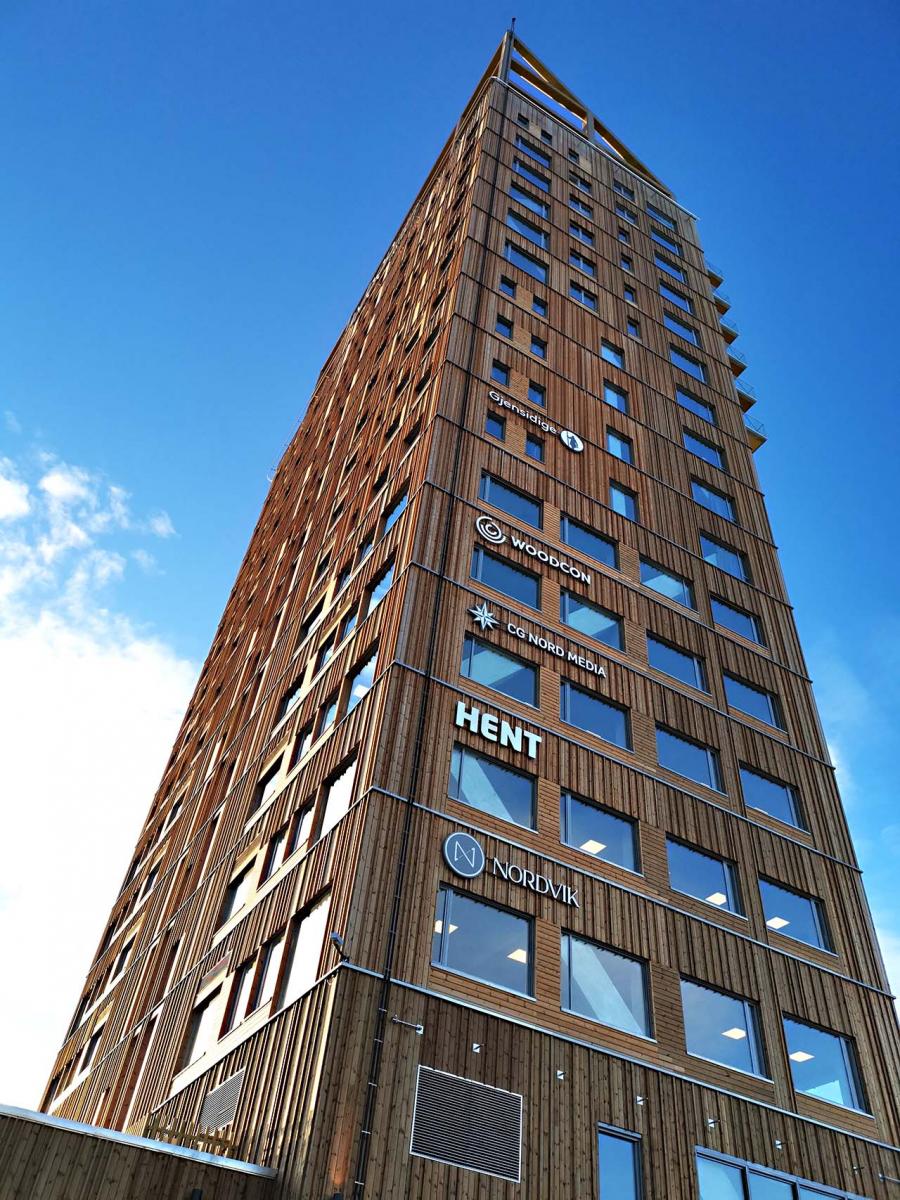 With its 18 floors, Mjöstårnet is one of the world's tallest wooden buildings. Foto: Jostein Bye Sørum.

– IV Produkt was the only company that could offer a suitable solution, with top-connected units with integrated cooling on each floor, says Jostein Bye Sørum.

Something that was discussed during the construction was the acoustic sensitivity in the building due to the amount of wood material. In combination with accurate dimensioning and concrete on top of the wooden floor, it became a quiet and energy-efficient ventilation system.

The client is AB Invest, including inter alia, Arthur Buchardt. Mjøstårnet is not a traditional building in steel and concrete, but mainly gluewood beams have been used.

– With such a wooden construction, there were restrictions on where we could lay cables, pipes and ducts. But we were involved in the design at an early stage and planned for this”, says Jostein Bye Sørum.

So far, he has only received good reviews regarding the indoor climate in the tower and it has been cool and nice during the hot summer. 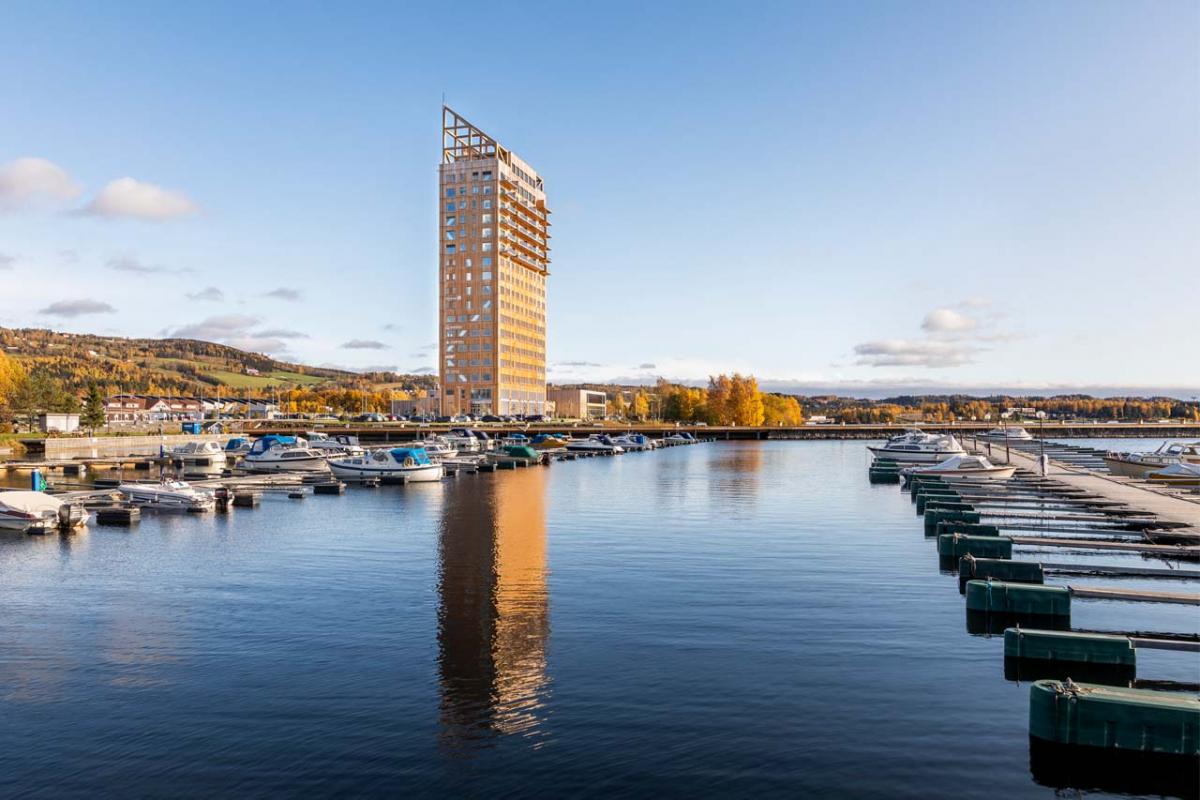 – This was a dream project for IV Produkt. Perfect for our type of products, with compact flexible units and cooling recovery, he says. 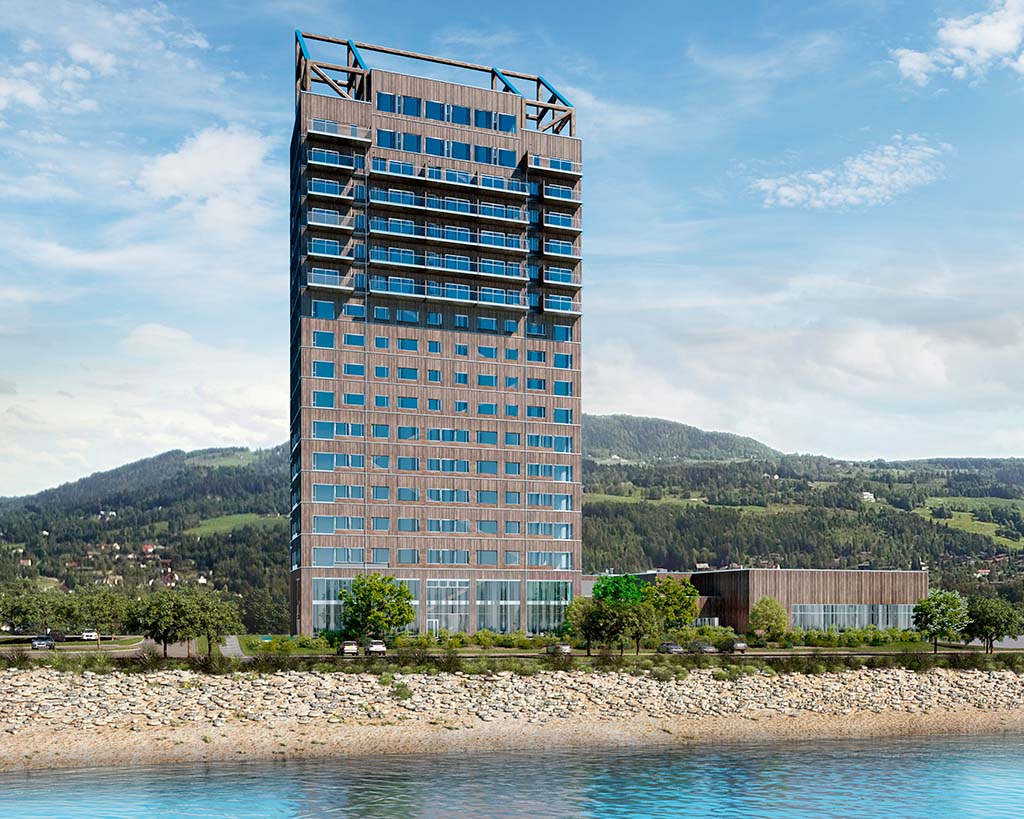 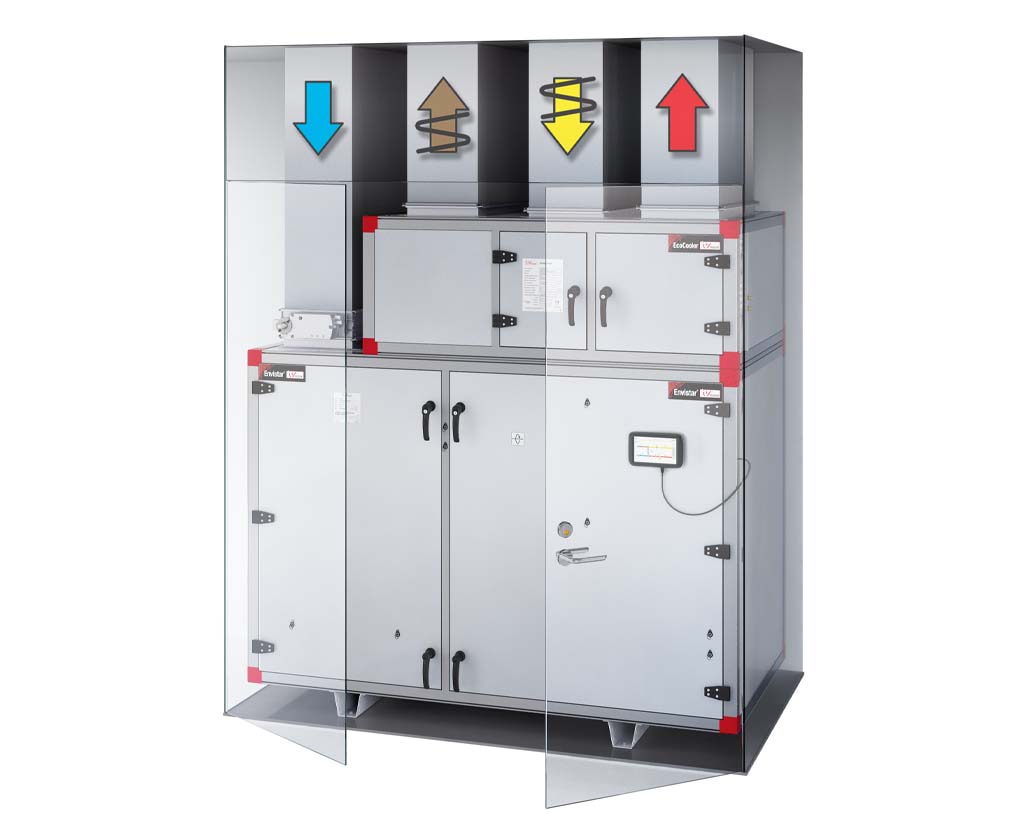 In Mjøstårnet there are a total of 14 units from IV Produkt installed. Photo of Mjøstårnet: Voll Arkitekter AS & Vizwork AS

More about the products in this project 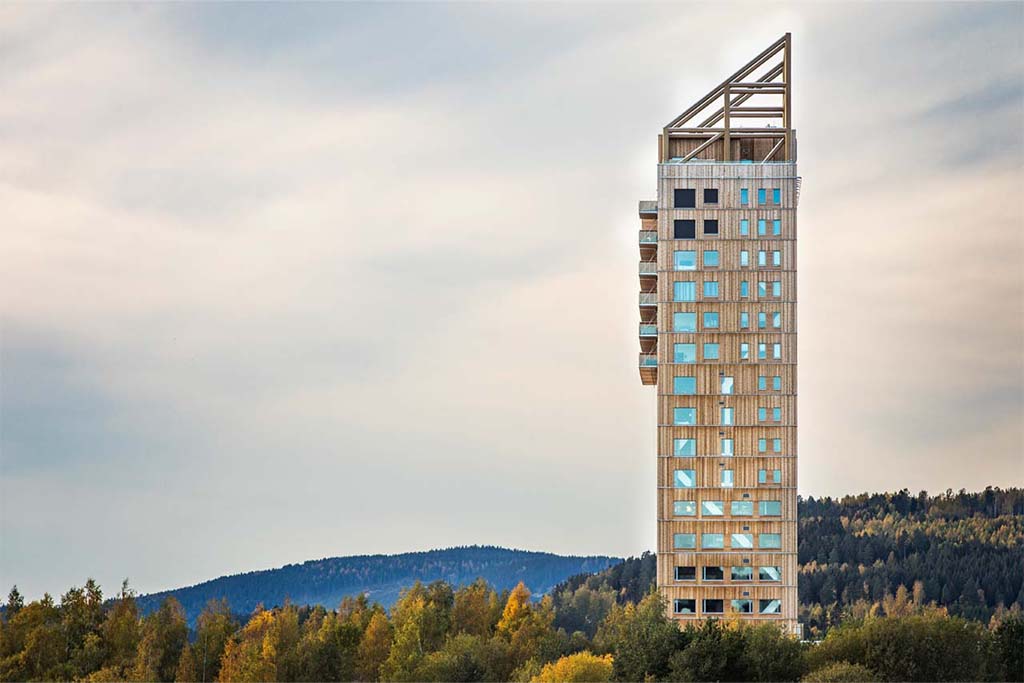 As the entire cooling process is integrated in the air handling unit, there was no need to install unsightly chillers on...

Made space for working and living

In this office building, the installation of an AHU in the basement freed up space for an outdoor terrace ... 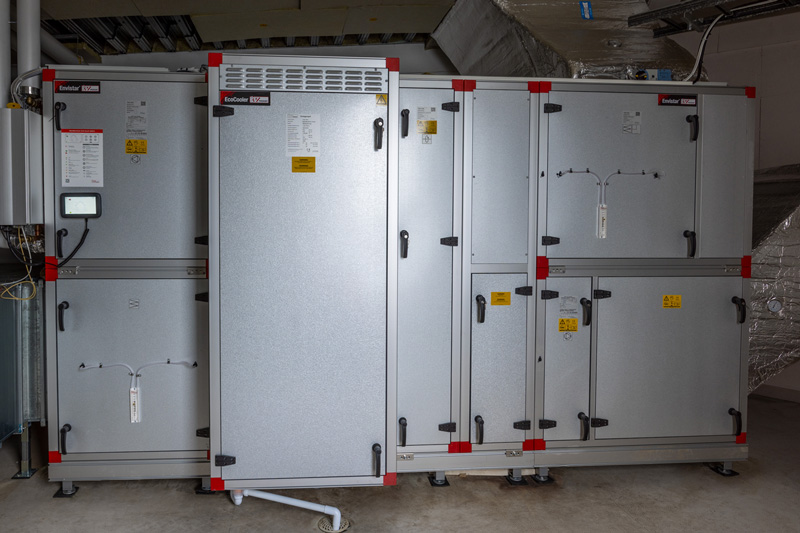 Dimensions and weights
Performance and power
Other documentation