Just in time for autumn term in August 2018, Norway’s first zero-energy school was finished: Heimdal Gymnasium in Trondheim. We were tasked with the prestigious assignment to deliver air handling units to the project. Since the school was designed to be a zero-energy building in accordance with the standard for passive buildings, high demands were placed on suppliers.

According to Eskil Solberg, ventilation project manager at Skanska, the ventilation is one of the key components in the project for achieving the lowest possible energy use. This puts SFP, annual efficiency and system division under the spotlight. Heimdal has therefore chosen to decentralise the ventilation, using 54 different ventilation systems positioned as close to the areas they serve as possible. 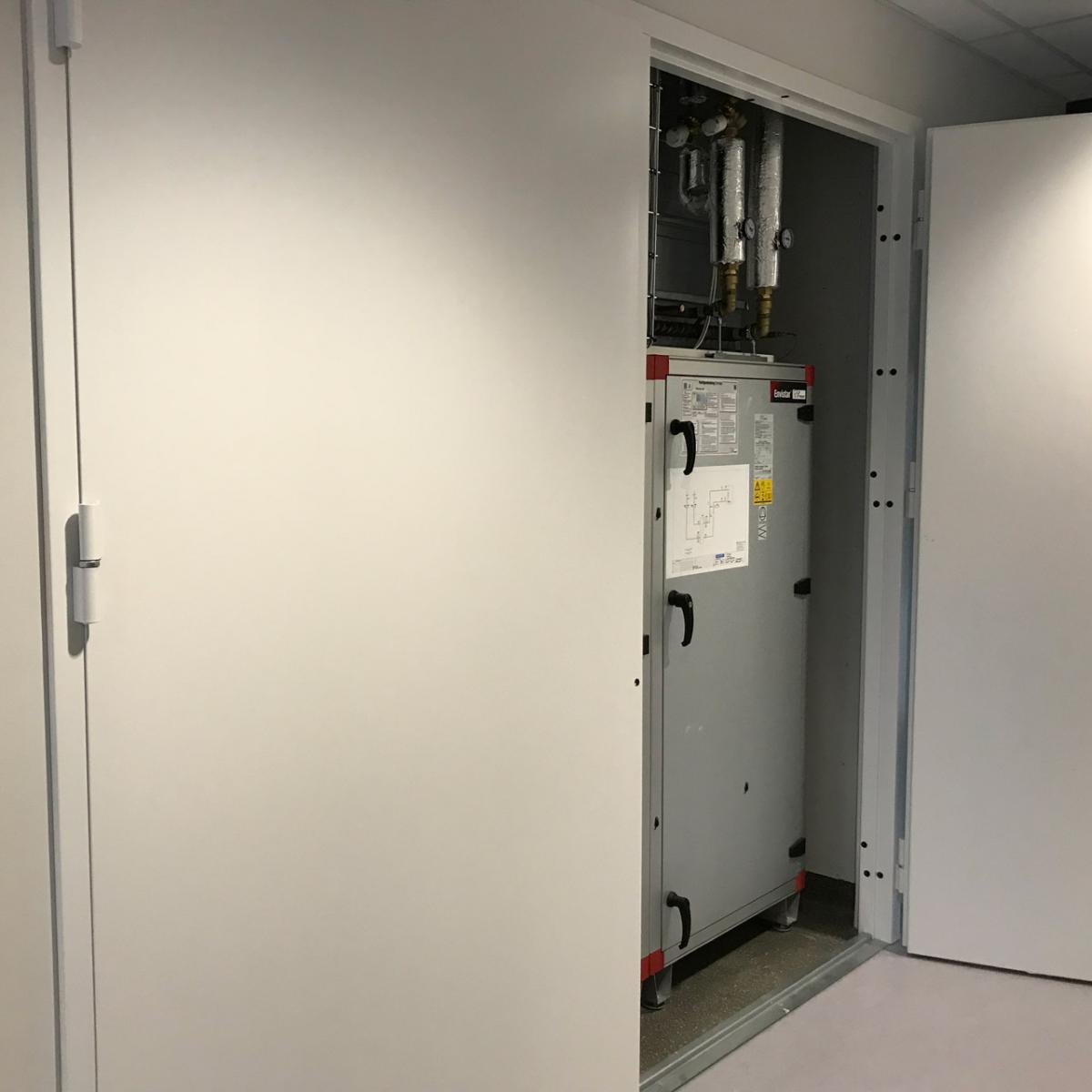 “The concept is to use as little space as possible for technical installations, and the combination of small plantrooms and low SFP was the greatest technical challenge in the project,” says Eskil.

The SFP target is one of the lowest ever in Norway. Eskil mentions that we at IV Produkt have displayed high technical competence and a genuine interest in achieving the project target.

The supplied units have been adapted for the project and several solutions have demanded accurate calculations. The controls have also been tailored to the needs of the project. 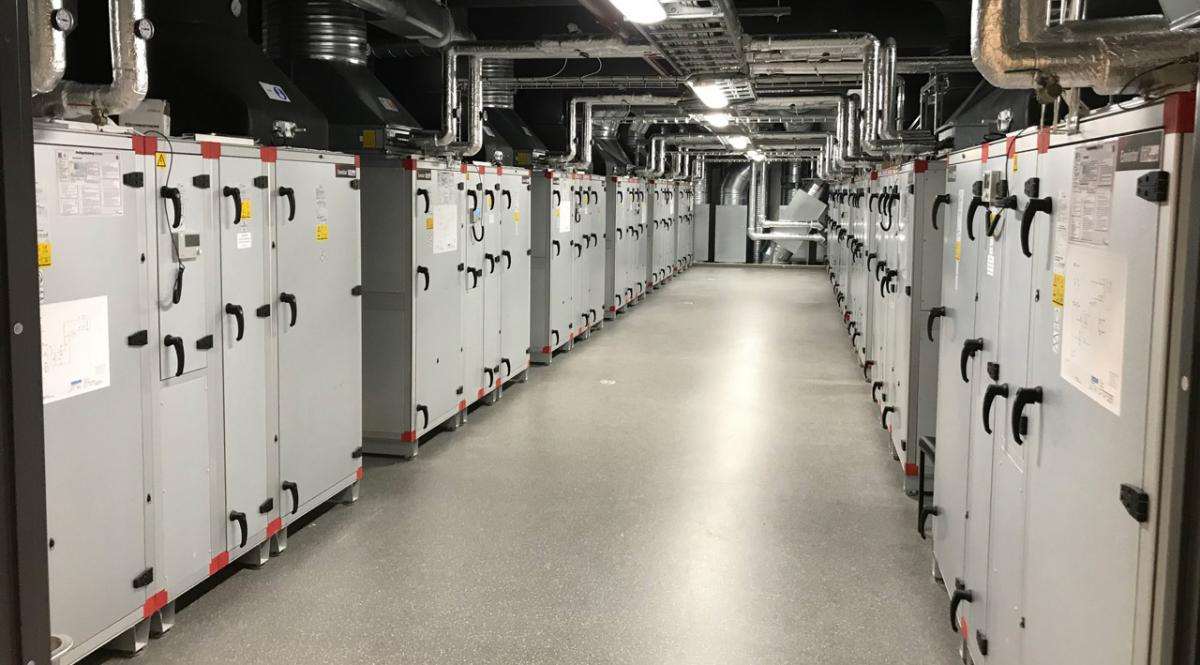 One step in quality assuring the units were arranging a test, which produced a result that was even better than predicted. The test showed that the fans have an SFP of 0.5 and a dry temperature efficiency of 85 % for the rotating heat recovery units. 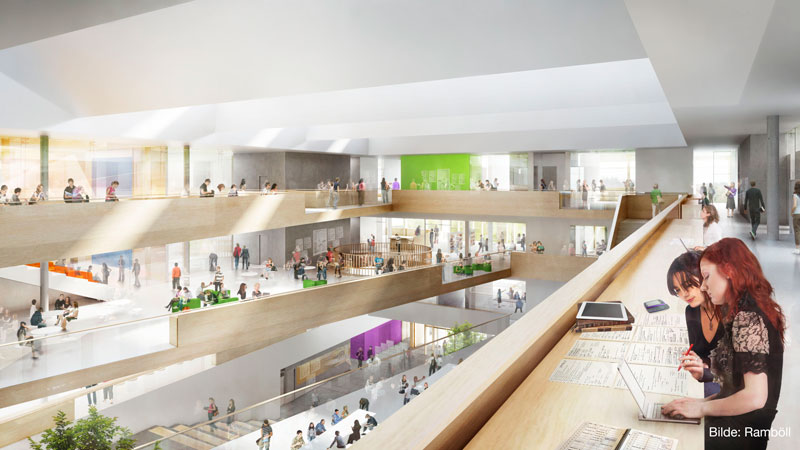