The Old Customs House, located on the dock by the Motala stream, is a historic building dating back to the 18th century. It is one of the oldest buildings in the Swedish city of Norrköping and classified as a listed building. The property has undergone a total renovation, and in re-purposing it for restaurant operations, a new and more efficient ventilation system has been installed.

Three air handling units from the Envistar Flex range were delivered: two with the ThermoCooler HP integrated reversible heat pump, and one with the EcoCooler integrated cooling unit.

Site transportation via the roof

Strict guidelines limited the possibility of altering the building’s construction, both inside and outside. Therefore, some of the challenges posed were getting the air handling units into the building as well as making sure they fit without increasing the existing ceiling height. The solution became that the units were wired down through the ceiling and placed on the attic, at a location where the ceiling height was sufficient. 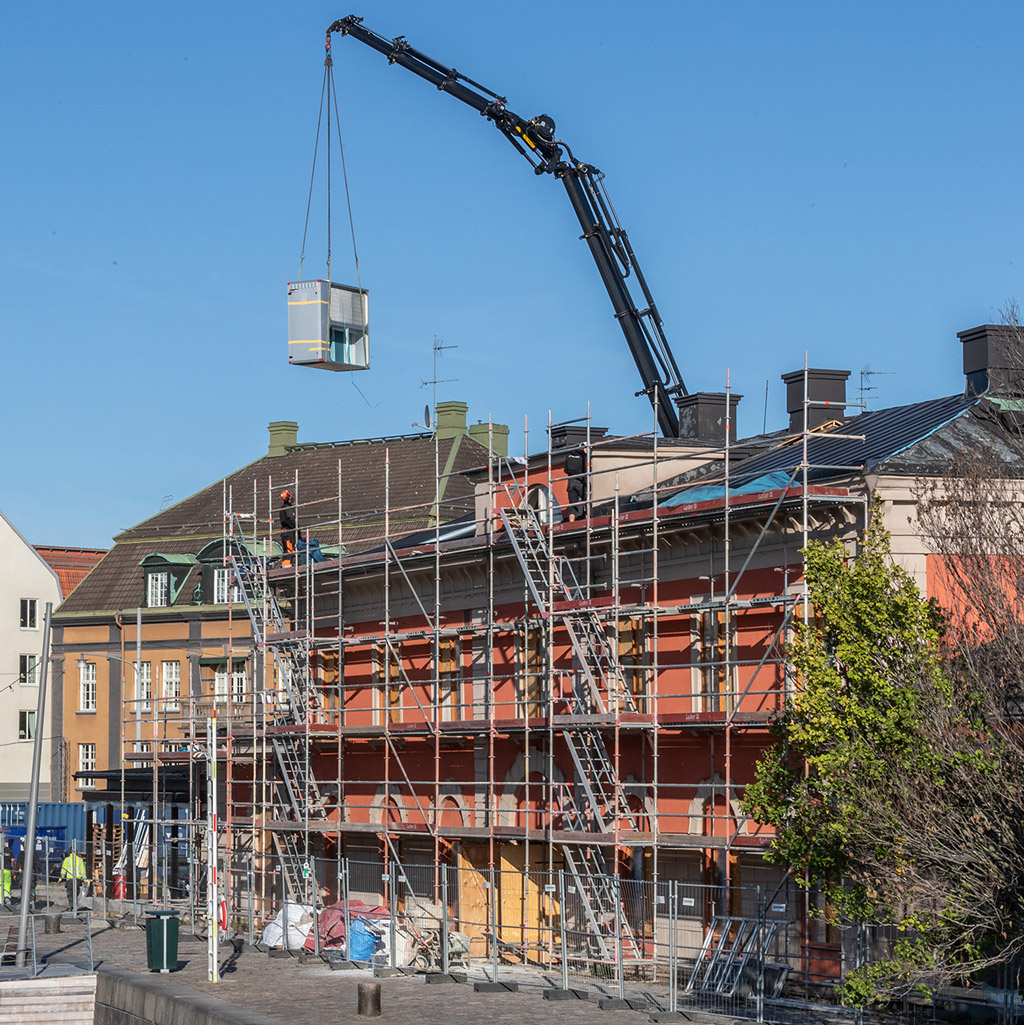 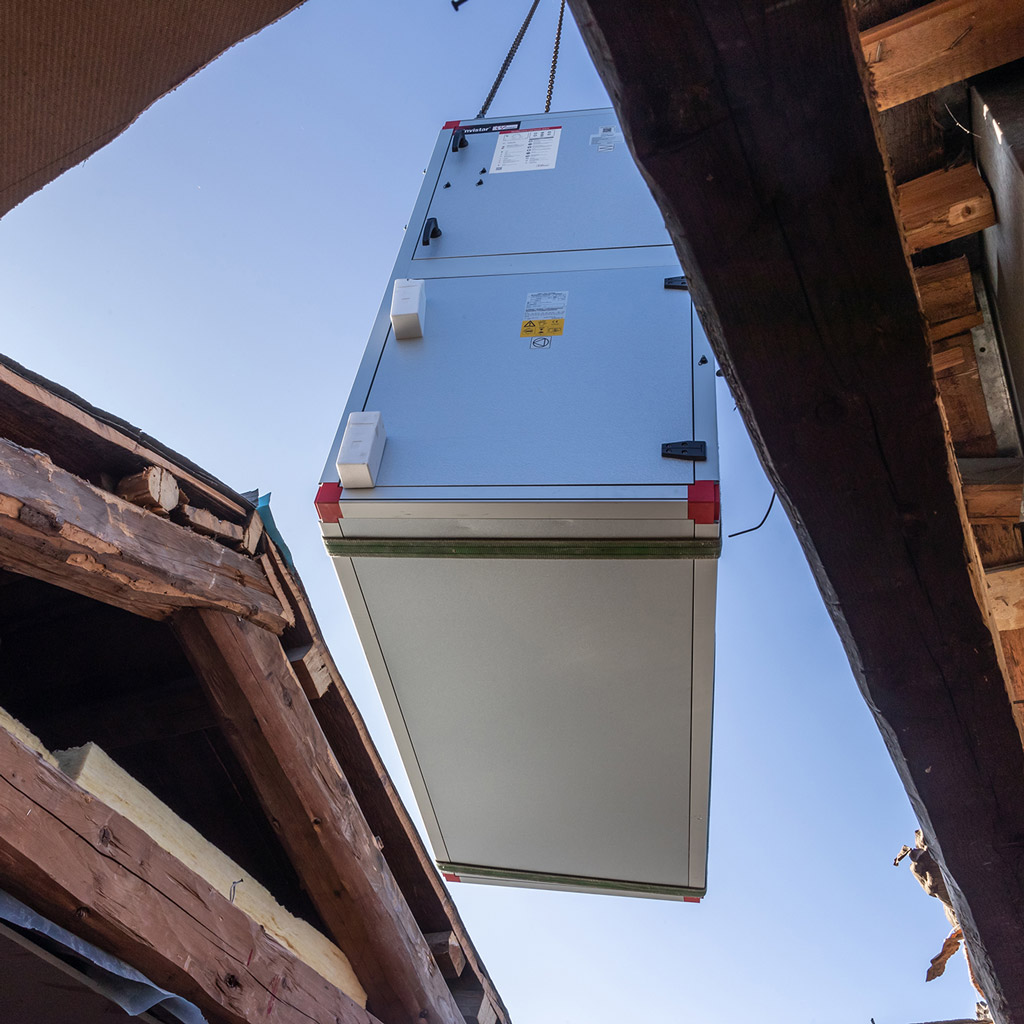 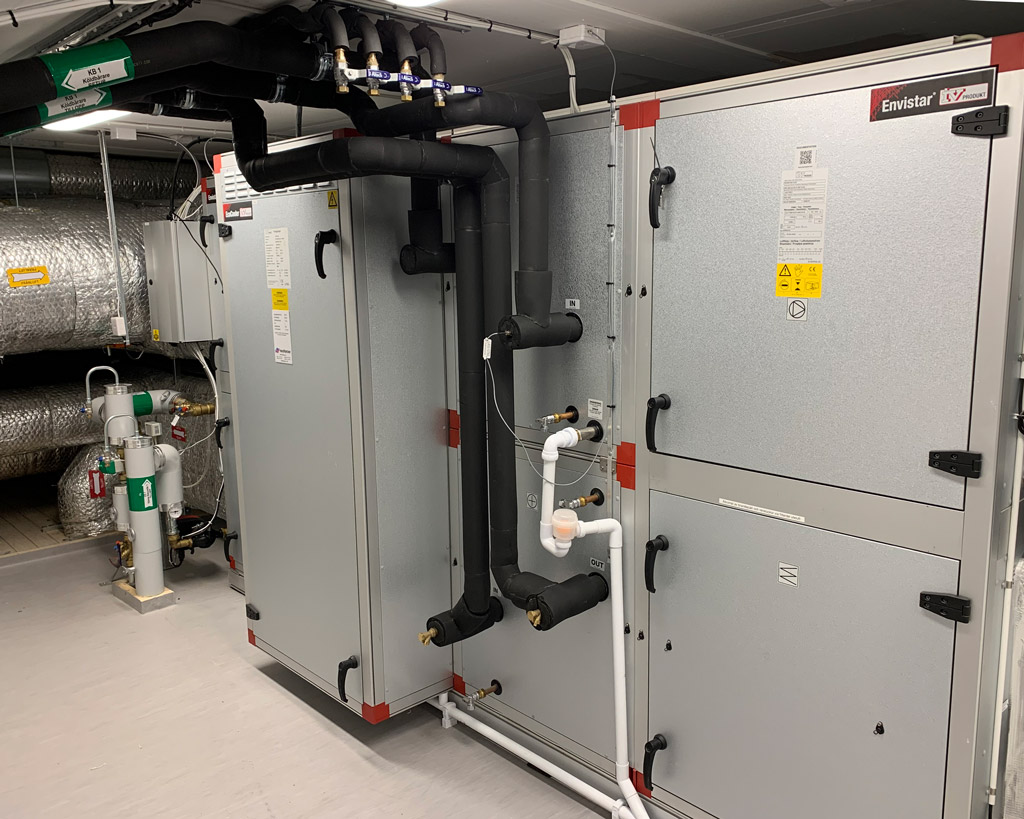 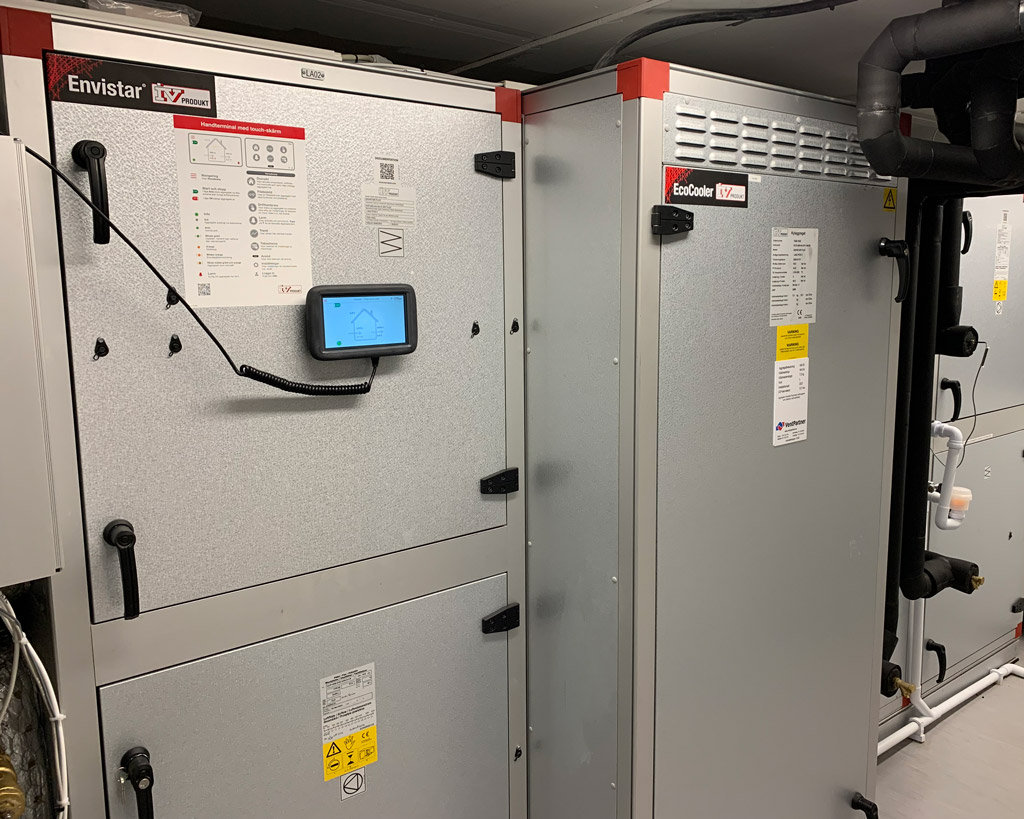 The air handling units fit on the attic, without major alterations to the building’s construction.

The glazed bar area is provided with tempered ventilation air from an Envistar Top unit with ThermoCooler HP. In the summer, when the sliding doors are opened towards the waterfront, the AHU automatically shuts down. By concealing the installation behind two doors, it could remain hidden but still near the bar. 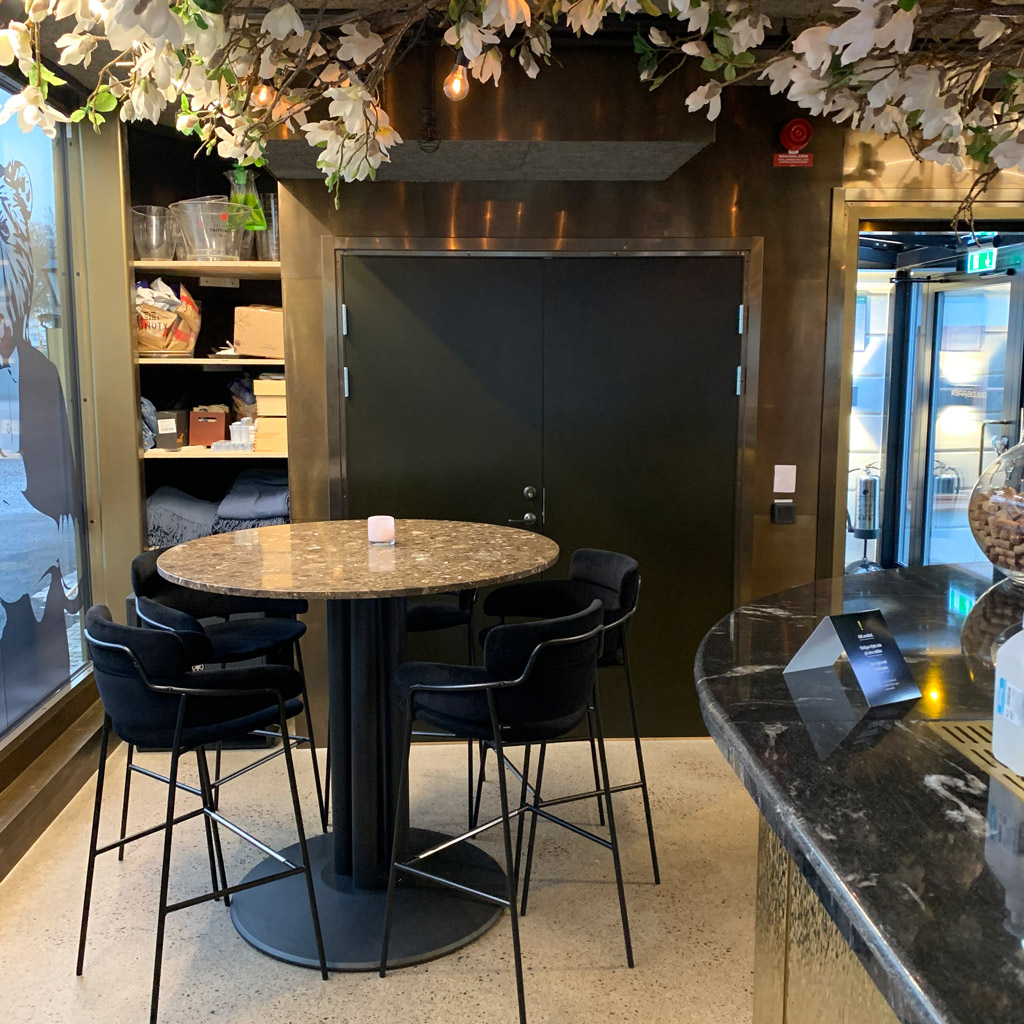 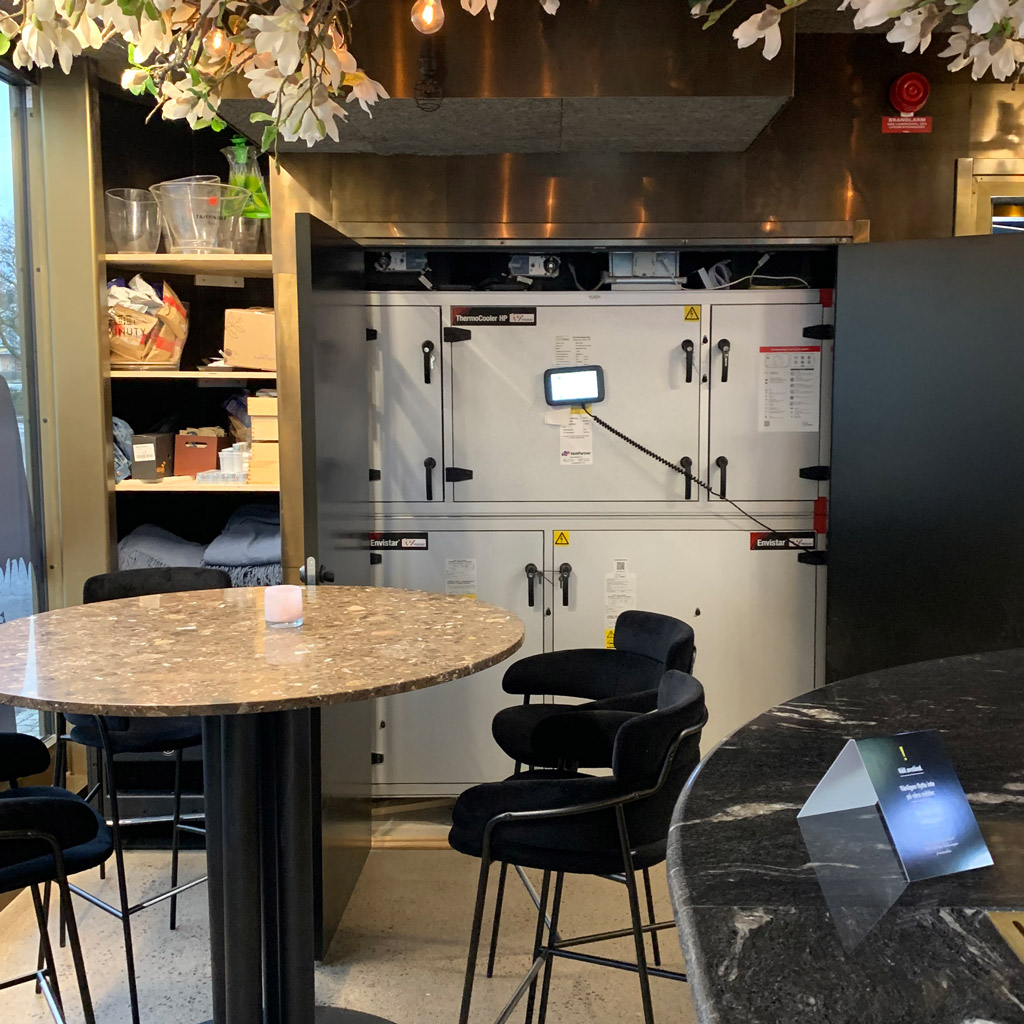 In the bar area, the Envistar Top AHU is hidden behind two doors.

ThermoCooler HP with integrated cooling and heating of ventilation air was particularly well suited here, as the decision of not using district heating had been made. In some buildings, it is difficult to install water piping, and in this building, no major changes were permitted. With the least possible impact on the building, the Old Customs House has been given new life, with a ventilation system fit for modern restaurant operations. 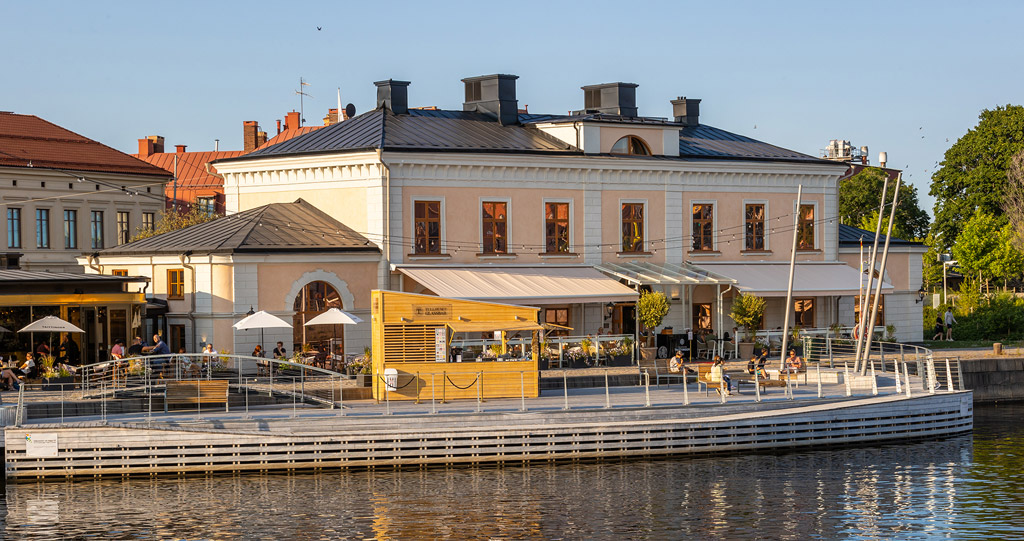 The Old Customs House is a prominent and well-known building in the Swedish city of Norrköping. The building strongly symbolises the industrialisation and the former port operations.
Photo: Sofia Andersson, M&F Foto 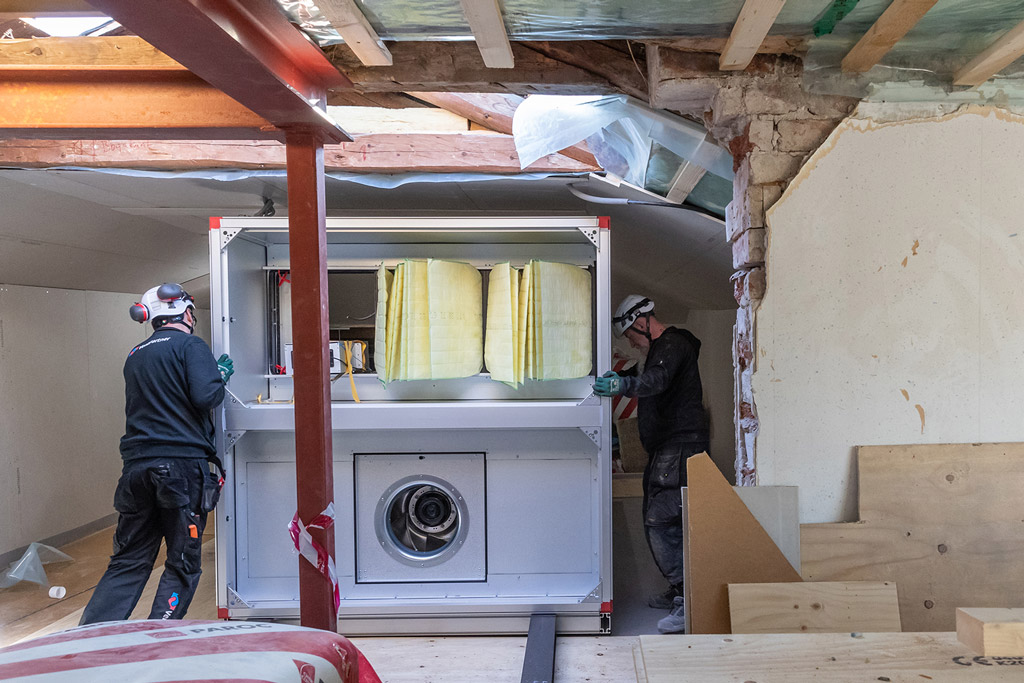